Rules of Wheel of Fortune 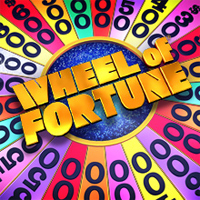 The main aim of the game is to solve the word puzzle and gain more money than all the other players. The game is played with a special wheel with 24 segments that determine the dollar value of the called letters. Before the show is taped, players draw special colored strips that stand for their positions by the wheel.

Each game starts with a host naming a category of the puzzle, which can be anything from a Thing to Novelty categories.

Players spin the wheel one by one naming the letters to guess the puzzle. If some player thinks he knows the word he can use the Toss up and buzz in at any time in the game to solve it. If the guess is correct he goes on to the next round and gets a prize of $1000 for the first round and $2000 for the second. Also, the second Toss up gives a player the right to start round 1. The player to his/her left starts Round 2 and the last player starts the 3rd Round. If the Toss-up has not been won by any contestants, or if all the letters have been revealed without a Toss-up, no cash is won. 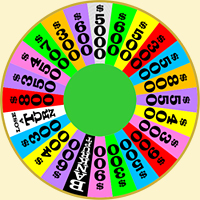 The wheel has 24 segments with different cash values, prizes, penalties and others.

Cash - if the guess is correct, the player gets the amount of cash written on the segment multiplied by the number of times that letter appears in the puzzle.

Prizes and Gifts - in order to obtain the prize offered in that segment, the player has to guess a consonant correctly. Usually the prize is added to the wheel at the start of Round 1 and taken away if no one has won it before Round 4 starts. The cash value of the prizes and gift tags is announced at the beginning of the game.

Free Play - this sector allows the player to pick a free vowel or to buy a consonant for $500. If the player is wrong, no penalty is used and player resumes his turn.

Wild card - wild card can be used in two different ways. The first is to choose a second consonant for the same value as the segment he is on. The second is to use it in the bonus round to pick an extra consonant, if he of course makes it to the bonus round.

Million Dollar Wedge - this is a special wedge placed on the wheel for the first three rounds. This wedge is usually surrounded by bankrupt wedges on both sides. If it is not won during first three rounds, it is removed from the table after the third round. If the player claims this wedge, he has to avoid Bankrupt until the end of the game, win the round and finish as the game champion. This wedge will be placed on the bonus wheel instead of the $100,000 envelope.

Bankrupt - (black) special segment that costs the player all the money and prizes won in that round, any Wild cards and the Million Dollar Wedge. There is one Bankrupt segment in the 1st round, and 2 in the 2nd and 3rd.

Lose a Turn - (white) this segment costs the player a go. This segment remains on the wheel for the whole game.

Jackpot Wedge - appears in the Round 2 and gives players a chance to win the progressive jackpot. This jackpot starts with $5000 and is accumulated during the game by adding all the money prizes won during the game. If a player claims this wedge, and guesses a correct consonant, he can try to win the jackpot by solving the puzzle.

Mystery Wedges - These are 2 special wedges that appear in the 3rd Round. These wedges are marked with a question mark and may either give the player a $1000 cash prize or if he decides to turn it over either a $10,000 cash prize (in the first versions it was an economy car) or to go Bankrupt. If one wedge has already been turned over, the second one remains in the round and is for a $1000 prize only.

You have probably noticed, that players that do not get a penalty on spinning the wheel have the chance to name a consonant. Vowels can be bought for extra cash. The cost of a vowel is usually $250 and if the player is wrong the money is still taken from the account. Players are allowed to buy several vowels at once if they wish. If the word does not contain any more vowels, the host will tell the players about it and vice versa, if the word has only vowels left, the players will be offered to buy them. 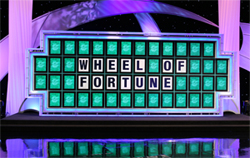 Players that try to solve the puzzle may do this during their turn after buying a vowel or naming a letter. Any incorrect guesses cost the player a turn. The player that solves the puzzle is the only one who keeps all the money won in this round. If the money amounts to less than $1000, it is increased to the minimum game amount of $1000.

When the player wins the round he is offered the chance to take the Bonus solution. This solution is a question associated with the puzzle itself and if the player solves it he gets extra $3,000. The game may have a Prize Puzzle that awards the winner a trip.

There is an extra prize called a SPIN ID. This is a prize that may be granted to one of the non-players of the "Wheel Watchers Club". Viewers who have signed up at the game website receive a "Special Prize Identification Number" (S.P.I.N.). The number is revealed in the game and the viewer with the exact same number has exactly 24 hours to claim for it at the website. The prize may be cash or a car like that won by a player in the studio. If the winner has a Sony card, he will be granted an extra $50,000. 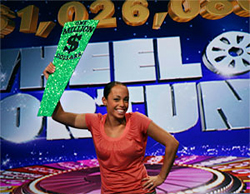 The final spin also known as the Speed up round is played if the game is running short and there is no more time. At some point in the game a bell rings to indicate this and the hosts announces that this is the final spin of the wheel. From this point on the consonants are worth $1000 and vowels are free. The players name letters one by one and if the guess is correct, the player has 3 seconds to guess the word.

The top winner of the whole game gets to spin the Bonus wheel. Each segment of the wheel this time has an envelope with a prize or a cash check in it. The player is told the category of the puzzle and such letters as R, S, T, L, N and E are revealed. The player gets to pick 3 more consonants and 1 vowel. After this he has 5 seconds to solve the puzzle and reveal the prize.

Some shows may be for two-player teams, when all the basic wins (as consolation prize or a car) are doubled and players play in a team of two but as one player.