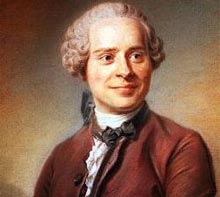 The D'Alembert betting system is named after the French mathematician Jean le Rond d'Alembert and is based on his mathematical theory.

The D'Alembert system is considered to be a variation of the Martingale system as it also involves step-by-step increasing or decreasing the size of bet. It is also known as a pyramid system applied to even-money roulette bets (outside ones). The idea of the D'Alembert system is to add or subtract one unit after each bet. If the player loses the bet, he adds one unit to the bet and after a win he decreases the next bet by one unit. There is no such problem as breaking the table maximum like in Martingale, on the contrary the player can reach the betting limit if he starts the gameplay with a very low initial bet. The only way out to avoid such situation is to increase the starting bet in the roulette betting series.

So, if to start the game with a bet of 5 units, the betting progression will look like this:

The rules of the Reverse or Contra D'Alembert system are evident: one unit is added to the next bet after each win and deducted after each loss.

NOTE: The problem with this system is determining when it is time to abandon a winning streak. The best recommendation is to set the number of wins after which the player has to stop increasing the bet and return to the initial betting amount. In most cases, this predetermined number is 3 or 4 wins in a row.