Roulette is one of the oldest gambling games. However, there are not as many variations of this game as there are of other casino games. There are only two basic variations of roulette rules and this page deals with both of them. Below we give the main features of American and European roulette, that can coincide as well as differ.

In both American and European roulette games, the players can place bets on the numbers from 1 to 36 and 0, however in American-style roulette wheel there is an additional 00 pocket which influences the game rules a bit. Due to the extra double-zero slot the casino has a higher advantage over the players. It also allows another bet - five numbers bet covering 0, 00, 1, 2 and 3 with 6 to 1 payout. The payouts for the rest of the bets are the same for both roulette games. Now let's take a look at the American and European roulette wheels separately. 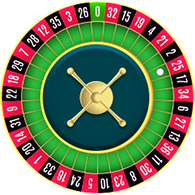 The first variation of the roulette game, which is known today as European roulette still remains the most popular game mainly due to the fact it has a lower house edge. The rules of the game remain almost the same, but still there are things that must be taken into account before you play.
The fact that the wheel does not have a 00 slot decreases the house edge to 2.70 percent. So, the game is very beneficial for players and if you want to be more successful at a roulette table, smart roulette tips state to always look for a European game. 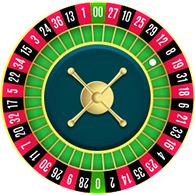 American roulette is a more modern variation of the game than the European version as it was created 150 years after the game was invented. When the game first appeared in American casinos, the owners saw great profit in it but wanted to increase it as the game became very popular.
The first thing they did was the introduction of an extra slot of 00 which made the casino edge almost 5.26 percent! This makes American roulette one of the games that brings the most profit to the casino. According to one of the versions, roulette game with double-zero pocket existed along with single-zero roulette, but it survived mostly in the United States.

As it has been already said, the American-style roulette game is less profitable for the players, but offers an additional bet on five numbers and the sequence of the numbers on the wheel differs from the standard European one being:

Sometimes French roulette is defined as one more variation of a roulette game, however it is in fact the original version of European roulette. The only difference is that it offers more betting options compared to most European roulette games played in modern casinos. These are the call bets placed on the groups of numbers the way they are arranged on the wheel. As a result, a special betting area is added to the table layout.

So, the players have chance to make the following call bets:

To make any of these bets the player has to put chips on all the numbers in the group. If one of the numbers covered by the bet wins, the player is paid 35 to 1, like in case of a Straight up bet. Read more about these and other call bets to better understand the betting options in this roulette game.

Except the most popular variations of the roulette game, there is also less popular one but not less interesting. This is Roulette Royale, which allows you to win a huge jackpot if the same number is hit five times in a row. All the other rules of how to play roulette are totally the same and need no detailed explanation.

At modern casinos, especially on the Internet, the players can try absolutely new variations of roulette games with extra features. These are:

Mult­iball roul­ette is usu­ally played ac­cord­ing to the ba­sic rules of European roul­ette with some ex­cep­tions. The play­ers can roll up to 3 balls on the wheel, so there can be three win­ning res­ults. If the play­er de­cides to play with more than one ball, his or her bet is di­vided in­to 2 or 3 equal parts. In this game there can be oth­er ex­tra bets, but they de­pend on the casino you are play­ing at. 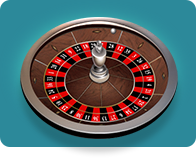 No Zero roulette is one of the best innovations on the gambling market as there is no house advantage! Zero pockets are missing on the roulette wheel. The players can bet on 36 numbers and there is no such big risk to lose like when playing any of zero roulettes.

Mini-roulette is another version of roulette created to ease the gambling process. It is based on European roulette and the most striking features of mini-roulette are a smaller wheel and only 12 numbered slots to place the bets on. The payouts also differ from standard ones. Betting in mini-roulette is very simple: one number bet, even/odd, red/black, row and combination bets. The payouts alter from 1 to 1 to 11 to 1 maximum.

More and more casinos are doing all that is possible to attract new players and for this reason they have started offering roulette games with no house edge. Still roulette remains one of the most unpredictable and random like no any other games of luck.